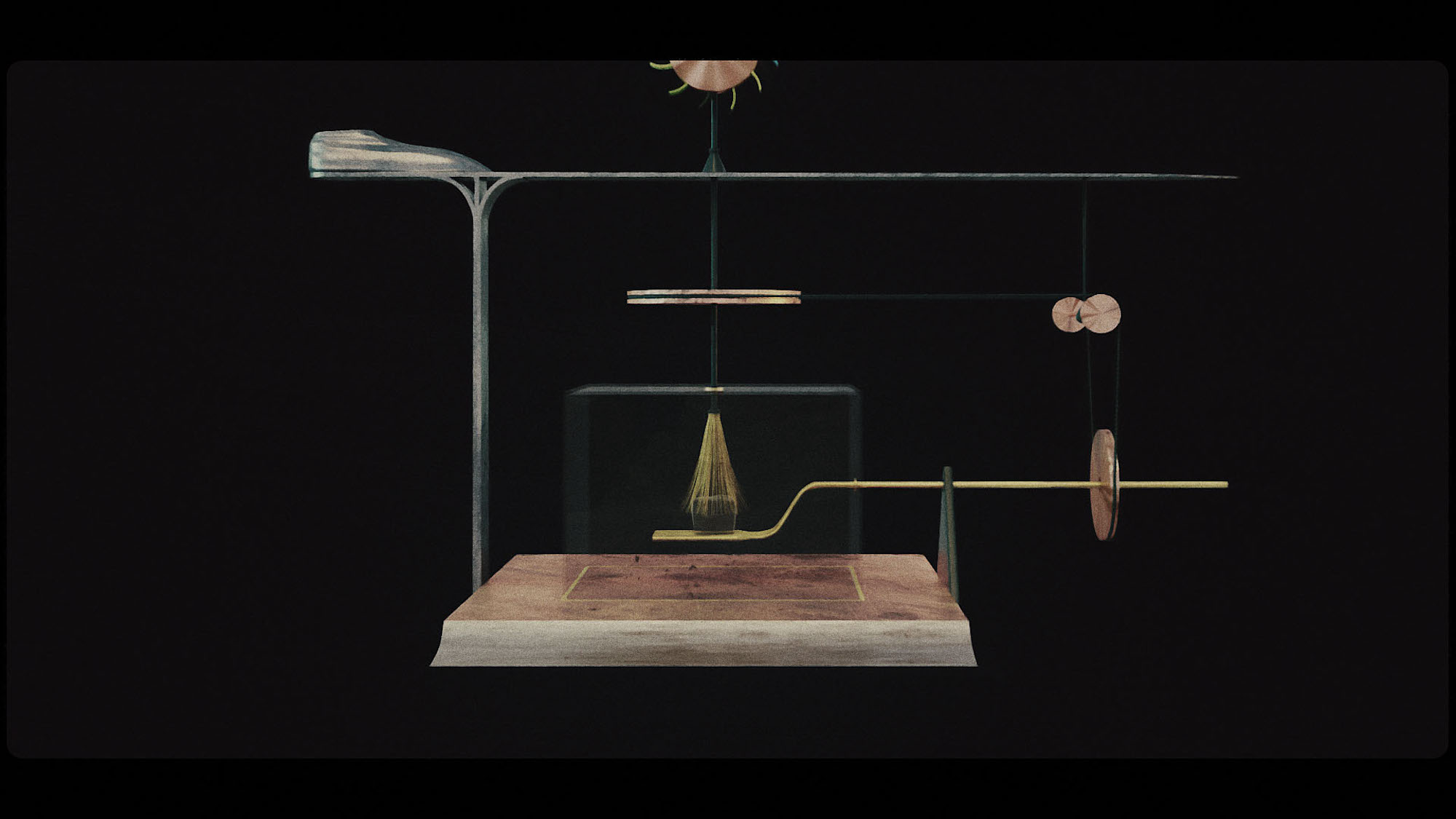 Born from the images of Luigi Serafini’s Codex Seraphinianus, an illustrated encyclopedia created between 1976 and 1978, is Lars Nagler’s Shift Simmers Slips. Nagler, who we last spoke to about his abstract Hundreds music video What Remains, has created a short animated film which bring Serfafini’s surreal creations to life. It’s a wonderfully hypnotic short which keeps you on your toes with ever-evolving and perplexing imagery, each more different to the last. DN caught up with Nagler amidst Shift Simmers Slips’ film festival run to talk about his intuitive and free-flowing animation methodology.

Where did you first come across Luigi Serafini’s book?

As far as I can remember, Luigi Serafini’s Codex Seraphinianus first crossed my path in the mid-nineties. At that time, I was still far from being involved with moving images and animation but the Codex stayed in my mind. In 2018, there was an impulse and a renewed intensive look at this book. After finishing my animated film Glimmen I was eager to continue with the next film right away. So, slowly the idea arose to work with motifs from Serafini’s Codex.

What does pre-production look like for a film like this? Do you craft a planned script or is it more conceptual?

Since I basically don’t write scripts, but only very rough ideas/concepts, that’s exactly how funding was applied for and granted. The rough concept was to create individual elements from the book in short animations. All of this would be done fluidly, without any prefabricated sequencing ideas. I’m happy to take the risk of ending up with nothing or with a film that’s not rounded off. But I really like the intuitive and flowing working process. Time, emotion and affect work together with me.

How did you manifest these images in animation? What software did you use?

I like working in 3D programs, but always like to have a more analog and organic look for the final result. The individual scenes were created in Cinema4D. Almost anything can be done in Cinema4D. For the few characters in the film, a much more elaborate workflow had to be applied. iClone, Character Creator 3, Substance Painter and Marvelous Designer were used. The individual scenes were then rendered as image sequences.

I’m happy to take the risk of ending up with nothing or with a film that’s not rounded off.

Since Glimmen, I like to work with a certain flow of post-processing of the original 3D renderings. The final rendered image sequences are duplicated several times and each of these copies goes through its own graphical post-processing batch process. These take place in three different programs. When all these processes are done, everything is layered in After Effects. Then color adjustments, lighting effects, and grain are added. So, one brick at a time, another was created without continuing to know how it would cut and finalize.

Which of Serafini’s images was the most tricky to animate?

The most difficult animations are usually those with characters. That was also the case here. There are sometimes little things that you have to think about at the beginning of a work step chaining so that the whole process can run successfully. Otherwise, you do it all over again.

For example, the habitant in the last scene has to make certain movements at exact times. Since my character animation software works at 60fps, but I work in C4D at 25fps, this can quickly lead to miscalculated inaccuracies. You can, if you want, also discover some of these mistakes in the film… In the future I hope to be able to work with a complete mocap suite that can capture all areas in real time – i.e. body, face and hands.

Did you find that using intertitles allowed you to breakdown those sections in a simpler way?

When I started working on the music and sound (with Ableton Live and several Hardware Synthesizers), the editing process began. The use of intertitles allowed me to work in clear chapters, like in an archive, a natural history cabinet. Each chapter has the same importance, there is no variance in meaning or dramaturgy. I really like the final collage-like effect.

Each chapter has the same importance, there is no variance in meaning or dramaturgy.

And, how did you approach creating the score? What were you looking to conjure with it?

Compared to the sound in Glimmen, which is rather serious and dark, Shift Simmers Slips should be a very colourful, good-humoured, imaginative film in the sound and music, with good vibes. The curiosity and also strangeness that Serafini’s images and thus my animations contain should also be reflected a bit in the audio track. I think that happens…

From start to finish, how long did it all take to create?

In the end, Shift Simmers Slips was created over the whole year 2020, with some necessary breaks. In the last three months, i.e. until the end of February 2021, the amount of work and the intensity compressed due to the merging of all components.

What projects will you be animating in the near future?

I’m now starting with a 3D animation film, again sponsored by the Kulturstiftung Sachsen, it’s about ‘Phenomena in empty spaces’. For the second half of the year, a music video production is possibly on the agenda.

Shift Simmers Slips is one of the many great projects shared with the Directors Notes Programmers through our submissions process. If you’d like to join them submit your film.