We speak to Elvira Lind about casting her partner Oscar Isaac against type in 'The Letter Room' - a bittersweet comedy set in a maximum security prison.

There’s no thrill out there quite like being able to peer into the private lives of others. For Richard (Oscar Isaac), a lowly, lonely prison guard, the letter room of a prison gives him the chance to live vicariously through his inmates. But when he reads a letter that troubles him, he feels obliged to spring into action. The result is a bittersweet comedy that wryly examines the unfairness at the heart of the American system of mass incarceration — higher both in relative terms and in proportion of the population than anywhere else in the world! We talked to The Letter Room director Elvira Lind about subverting her husband Oscar Isaac’s usual screen presence, the injustice of the prison system and being in the running for Best Live Action short at the upcoming Academy Awards.

Where did you get the idea to set a film in and about the letter room of a prison?

I had read an article about the ADX maximum security prison in Colorado. At first, I really wanted to shoot there, but it’s impossible because there’s no human contact allowed with any of the inmates. It’s just so severe. The showers are rolled in. There’s no daylight and there’s a sunken exercise court. I had first written the scenes so they could be in this court. It was just so insane.

Then I read about how these letters were being transferred onto these screens in these cells, so they didn’t even get to touch the letters. That just kind of sprung up on me like: “Who deals with these letters? Where do those letters go?” Then I learned about the room and I starting thinking about who works there. While researching and figuring it out it just became more and more interesting to me. I felt like it was a really good way to tell a story about what’s not working very well in the American system. By focusing on a smaller thing you can tell that bigger story.

In my research, I found out that people would be punished and not get their letters. They would have a lot of power. I thought it was interesting to put someone there who wasn’t abusing this power, but instead had his own problems and had a sad and lonely life, and was finding nourishment through other people’s romance. 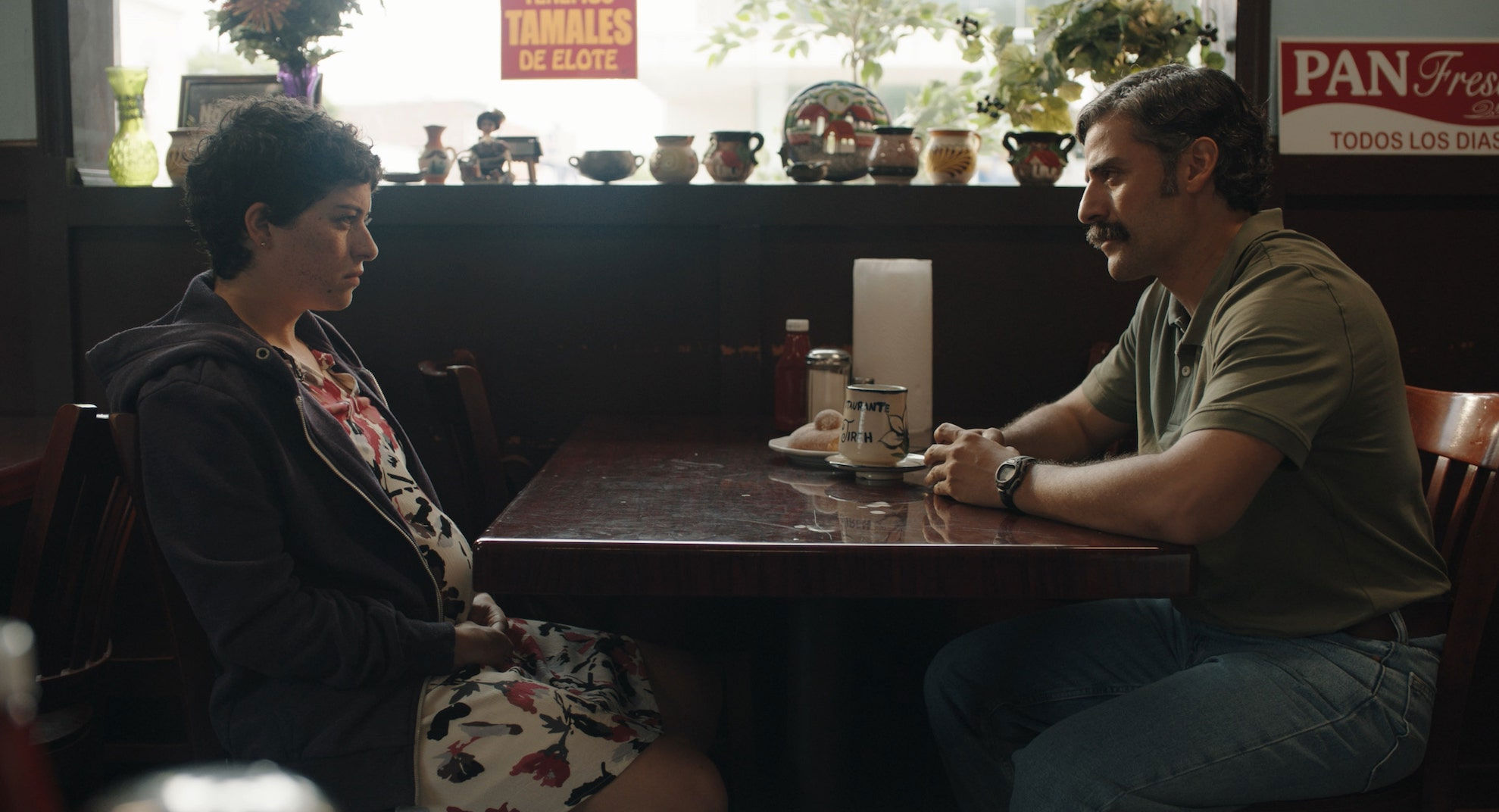 That’s the appeal of the movie to me: you get to imagine what it would be like to learn such intimate details of other people’s lives…

I think we get fascinated by other people’s lives. That’s why we watch movies in the first place. Have you watched the German film The Lives of Others?

That was also an inspiration. It’s this feeling of other people listening in. You get carried away imagining. Letters are so special and it’s such an intimate thing even though there’s no image. You don’t hear a voice but then you can add all these things yourself. Your imagination can make it more yours. I could imagine how hard it would be for me to sit in a letter room because I would sit there and get overstimulated.

I felt like it was a really good way to tell a story about what’s not working very well in the American system.

For me it’s about the messiness of good intentions. He has these ideas but they get bound up in this very unequal power relationship. Would you say the film is about trying to do the right thing even if your position makes that impossible?

Also, what’s the right thing? I really wanted to have that grey area where there’s no moral. What is ethically right or not or whether we know we’re with the good person or bad person. Richard is trying to do good, but why is he trying to do good? Because he needs to feel better about himself. When we do good for others, how much of that is so we feel like we have a purpose? When you work with themes and characters, it’s not so black-and-white. It gets really complicated. I love Richard, but I’m repulsed by him. The way that Oscar decided to suck on that lollipop where he reads the letter… It was so funny when he did that but it added that element of: “This is my entertainment. I come in to get my fix.” I think we can all recognise that in the things we do and the actions that we are a part of.

Oscar Isaac plays against type here, especially compared to roles in Star Wars, Triple Frontier and A Most Violent Year. Here he plays a bit of a slob, who is more vulnerable, eats a lot and is more misguided. Inside Llewyn Davis comes to mind but there he played an artist while here he is just a lowly prison guard. Was it fun to cast him in something so different to his feature films?

Well, you know, I know him very well so I don’t know him just from those parts. There are things we all recognise. I’m not saying he’s like that character in any way, but he’s very funny with his take on a character like this. I needed someone who understood the humour so it didn’t become too tragic. He was able to elevate it and was always walking around with a bit of a salsa rhythm inside him. I always imagined him playing this character, I knew he would embody him and create something super magical.

It was so funny to see someone transform into that type of character. He just came off the set of Dune. He was ripped from working out and had a big beard. I was like: “Oh no, it’s all wrong for the short!” And then, it’s just so incredible to see someone do one thing one week and then literally the next week he became this character, which is a testament to what an incredible actor he is. 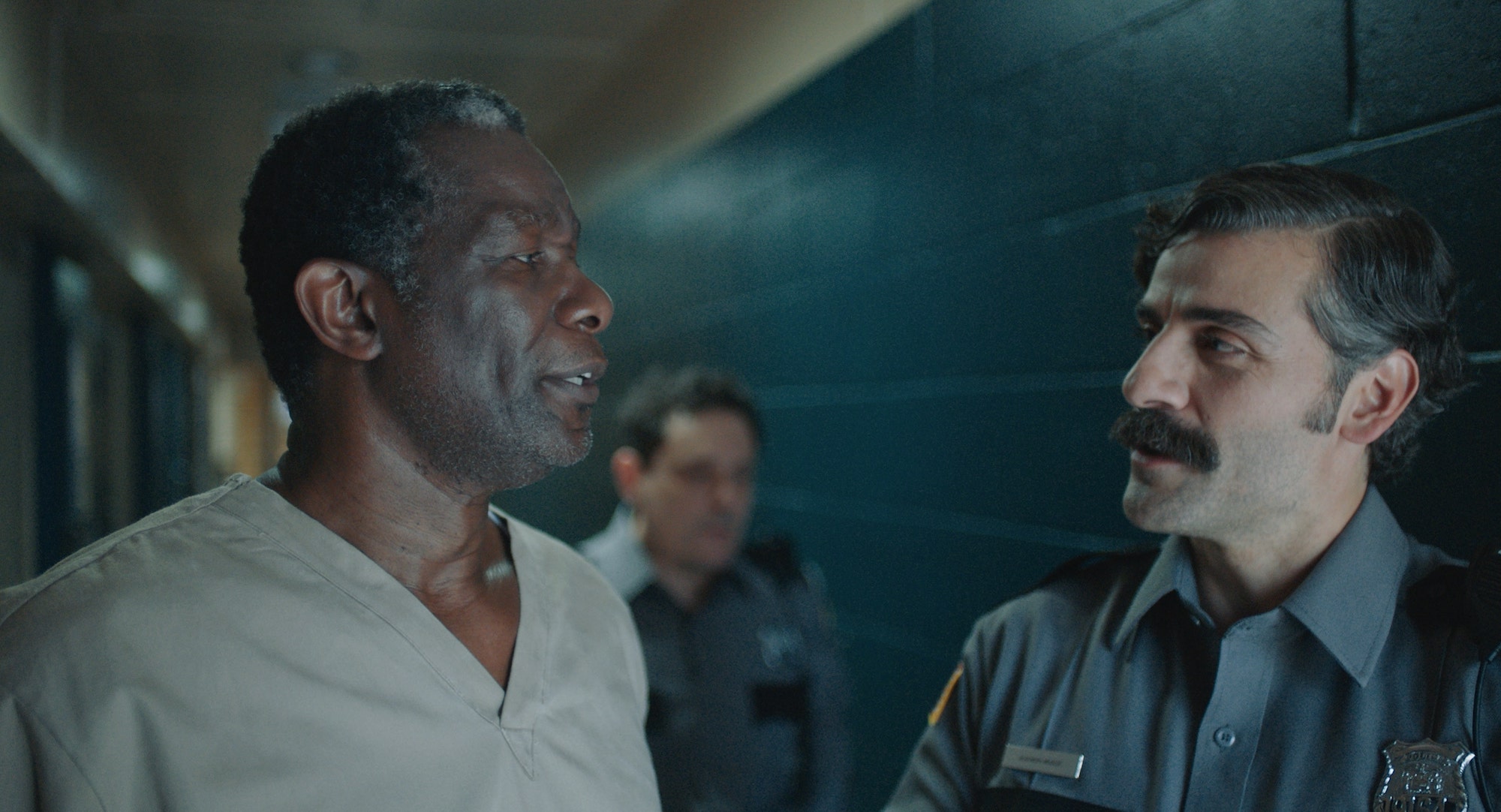 That acting skill really comes out in the final shot, where he’s smirking as if he’s really the best hero in the world. That’s what also sold the film to me as a comedy of good intentions. How many takes did it take to get that right?

That was actually the one thing that took a while because it had to go to a specific place. He and John Douglas Thompson — who plays Jackson — had to figure out exactly who knows what at what point, making it very delicate. We didn’t have any rehearsal time, so we just had to see how it worked. It was very important Jackson wasn’t like: “Oh amazing, this letter from my daughter!”. It needed to be more like we’re laughing at Richard instead when he walks away thinking: “I’m amazing, I just fixed his life.” Then at the same time we smile because he’s been granted permission to keep sending letters. I imagine he’s walking away thinking: “I’m going to write everyone the letter that they have been waiting for.” I like that that’s his solution to his purposeless life.

The feeling of the film came through some of the frustration and claustrophobia of these places.

I heard you shot in a real prison… I imagine that there was a lot of guidance?

We shot some stuff in an active jail. It was pretty intense and logistically very difficult. They had to stand against the wall when we passed. It felt a little chaotic; we were constantly being held places. I think it was important for the story; the feeling of the film came through some of the frustration and claustrophobia of these places.

What was it like coming to the USA from Denmark, especially when the Scandi model is so different. Prisoners have more freedom, they can walk around, family can visit properly…

You can also cook your own meals which I think is very healing. People who go to prison have had a lot of trauma in their lives and they haven’t found a good way to live. By just locking them in a cell and serving them awful food, you’re not giving them a way to develop as human beings. I just don’t see the purpose. I find the system of mass incarceration here utterly shocking and very unfair, especially since people of colour are more often incarcerated and the sentences are way longer. It’s just a perfect image of the things going wrong.

I really wanted to have that grey area where there’s no moral.

I have to ask about the Oscars. How does it feel to be nominated?

It feels incredible. Very surreal and overwhelming. You know what’s awesome about it? So many people that you admire watch your films because they’re gonna be voting. It sounds silly but that’s just how it works right: you narrow something down and people are going to be like: “Oh let’s at least watch these.”

The Letter Room is one of the many great projects shared with the Directors Notes Programmers through our submissions process. If you’d like to join them submit your film.

Previous Post: « A Relationship Unravels Upon the Discovery of Hidden Gun in Chloë Wicks’ Tragicomedy ‘Fragile Package’
Next Post: Gísli Darri Halldórsson Explains How He Found Beauty Within Repetition for Oscar-Nominated Animation ‘Yes-People’