It’s snowing outside. You give feedback to your son’s musical recital. You’re reading Proust. In Iceland, the reaction to all these things is the word “Já”. Pronounced like “yow”, this all-encompassing word ostensibly means “yes”, but can encompass almost all aspects of daily life. For Icelandic director Gísli Darri Halldórsson, it represented an opportunity to create a mosaic of daily life in a sleepy Icelandic block of flats, unlocking the rhythm of life through the power of repetition. We talked to him about his long journey bringing the story to the screen, incorporating his father’s 70s photographs and his reaction upon the film’s Academy Award for Best Short Film nomination.

Yes-People was created in your free time while working various day jobs. How much time did it take to finally finish the film?

The seed of it was in 2012. It wasn’t really a film idea, it was more like a little spark. It’s been an eight year journey, although I didn’t work on it for eight years. The first six years were really painful, it was a lot of stop and start. Sometimes I’d have a job for nine months and the film was completely on the ice. I knew it was going to be a marathon so I was really keen on not just finding something inspired but something I was obsessing about. I thought that would be better creative fuel for making a film over such a long period. I didn’t know then how much time it would take, but I knew it would take a long time.

What in particular takes up so much time?

I would be writing and storyboarding at the same time. I find that’s a really great process to work with images and words at the same time. I would be jumping between those two while having to design the characters completely, where I figured out this combination of photographs and CG characters. It came from this idea of having cartoon characters stuck inside this mundane reality, so everything seems a little out of place. I did everything: I dealt with the music licensing, negotiating with actors, finding the talent. The great thing about animation is that you have control over every single pixel. But the footnote to doing whatever you want is: “If you have the time.” 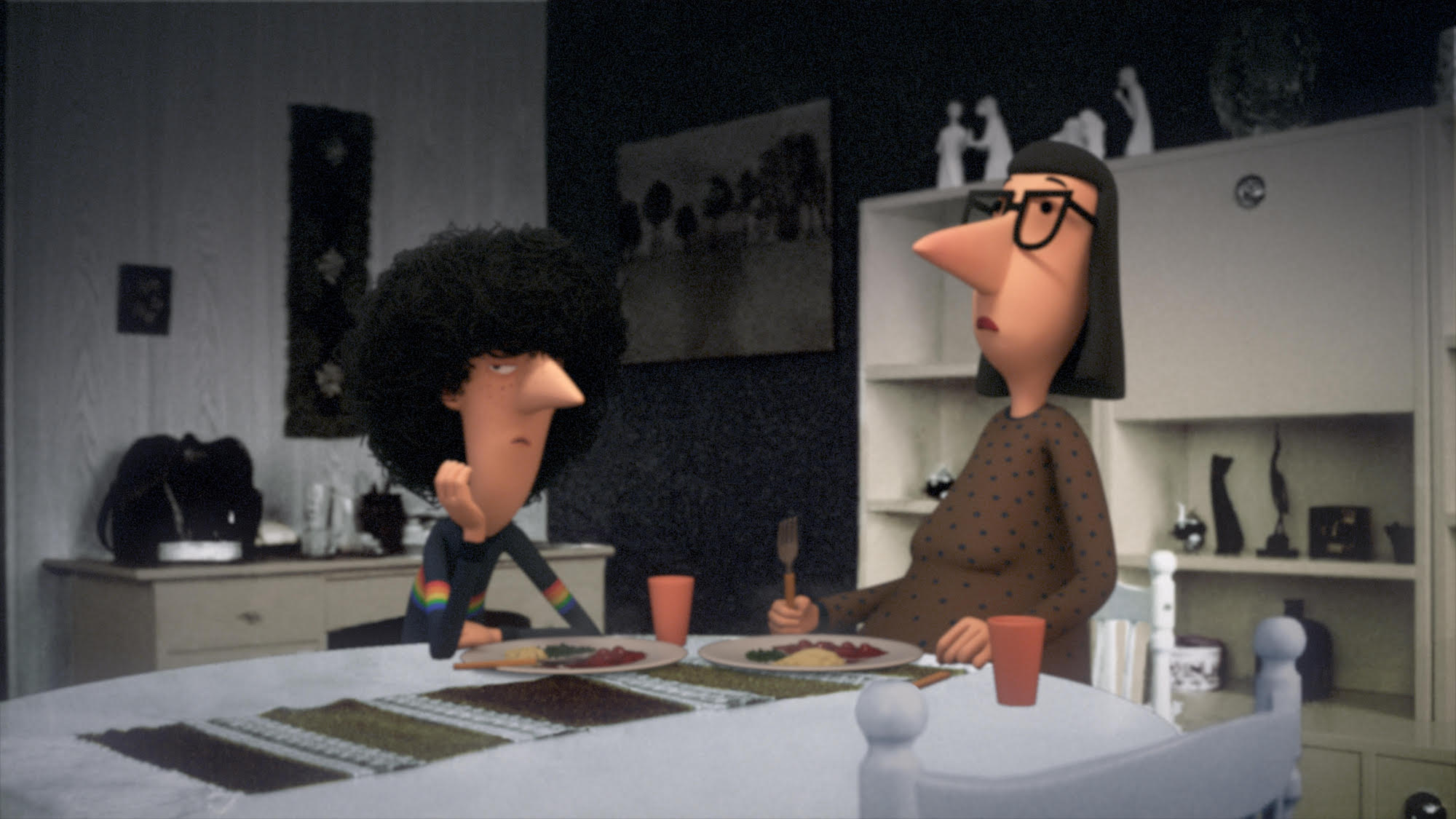 Tell me about the photographs you used?

They came from my dad’s collection. He is a very avid photographer. He was scanning in these photos from the 70s and I just became obsessed with them. There were a lot of empty spaces in them with really nice backgrounds of rooms. It just clicked that this would be great. It was very strange how everything came together; it just seemed to fit the period of the 70s. I can’t really intellectualise it. Maybe there’s the fact that there are no mobile phones and I can get rid of that altogether. If it’s set in the 2000s there are different habits and atmosphere. I just find it rawer, the older the story is.

The great thing about animation is that you have control over every single pixel.

The vast majority of the film is composed of just the Icelandic word for yes: “Já”. Can you tell me the different meanings of the word in Icelandic and the different contexts with which you can use it?

They feel infinite. There are a few of them that I just couldn’t use because they feel so bizarre. I think that an international audience would’ve just gone: “What?” For example, if somebody’s asking you if you want to go out and you say “já já” it actually means that you don’t want to go out, which is odd because you’re saying it twice. It’s also used a lot as filler. People use it to fill in gaps when you have an awkward silence. Icelandic people do a little solo of “já’s”. They sigh and go “já já já já já já já”.

I guess so. For me, “já” is not really the star of the show. It’s just this emphasis on sadness, kind of being stuck, just saying one word, they can only sing or play one song. I guess that’s a kind of comedic style as well. It gives a flavour to the film. It also feeds into the desire to make it a semi-silent film. 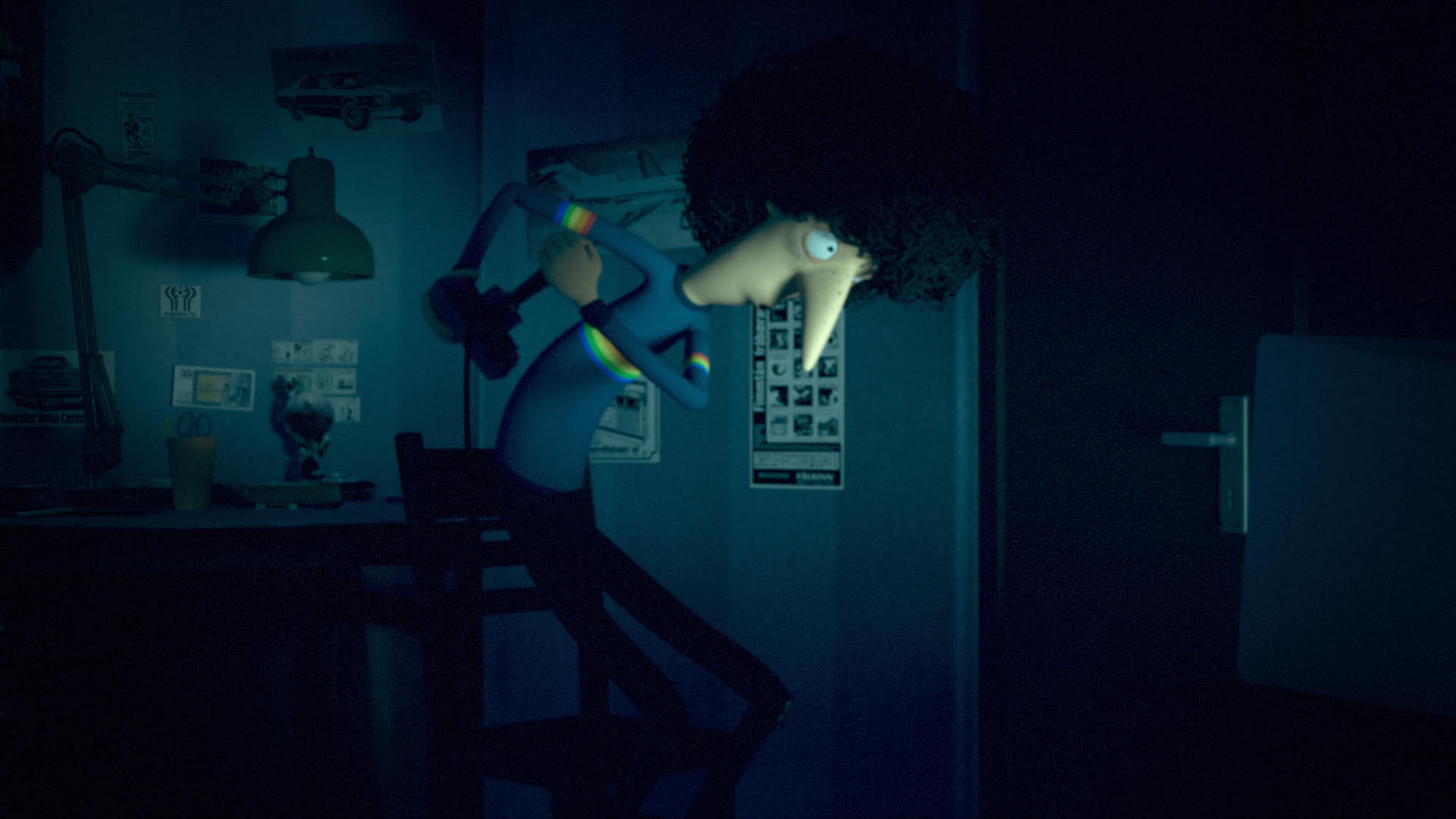 Your film uses repetition to stress how characters are stuck in a mundane routine, but then there is this great variety within that repetition. How did you want to unlock the rhythm of the film?

Repetition is like the snowflake. They all kind of ‘look’ the same, but when you look closer none of them are the same. It’s just like when you give life to different characters. It’s that unique individualism. Everybody is struggling with their own routine and they all kind of deal with it in their own way. The film is a mosaic story about a lot of different types of characters, but the subject matter is really the routines and habits reflected in these characters. It’s interesting to talk about because it fortifies my thoughts about film as a language. I feel like if you can articulate what the film wants to say completely, then there was no point in making the film.

Walk me through the animation tools you used?

The animation was done in Maya. We had to match the lens and the lighting of the photos. That was interesting because those photos weren’t digital so we had to roughly figure out what lens was used and then match the light. It was composited in After Effects, putting together photos and characters, then it was finalised in Adobe Premiere Pro. 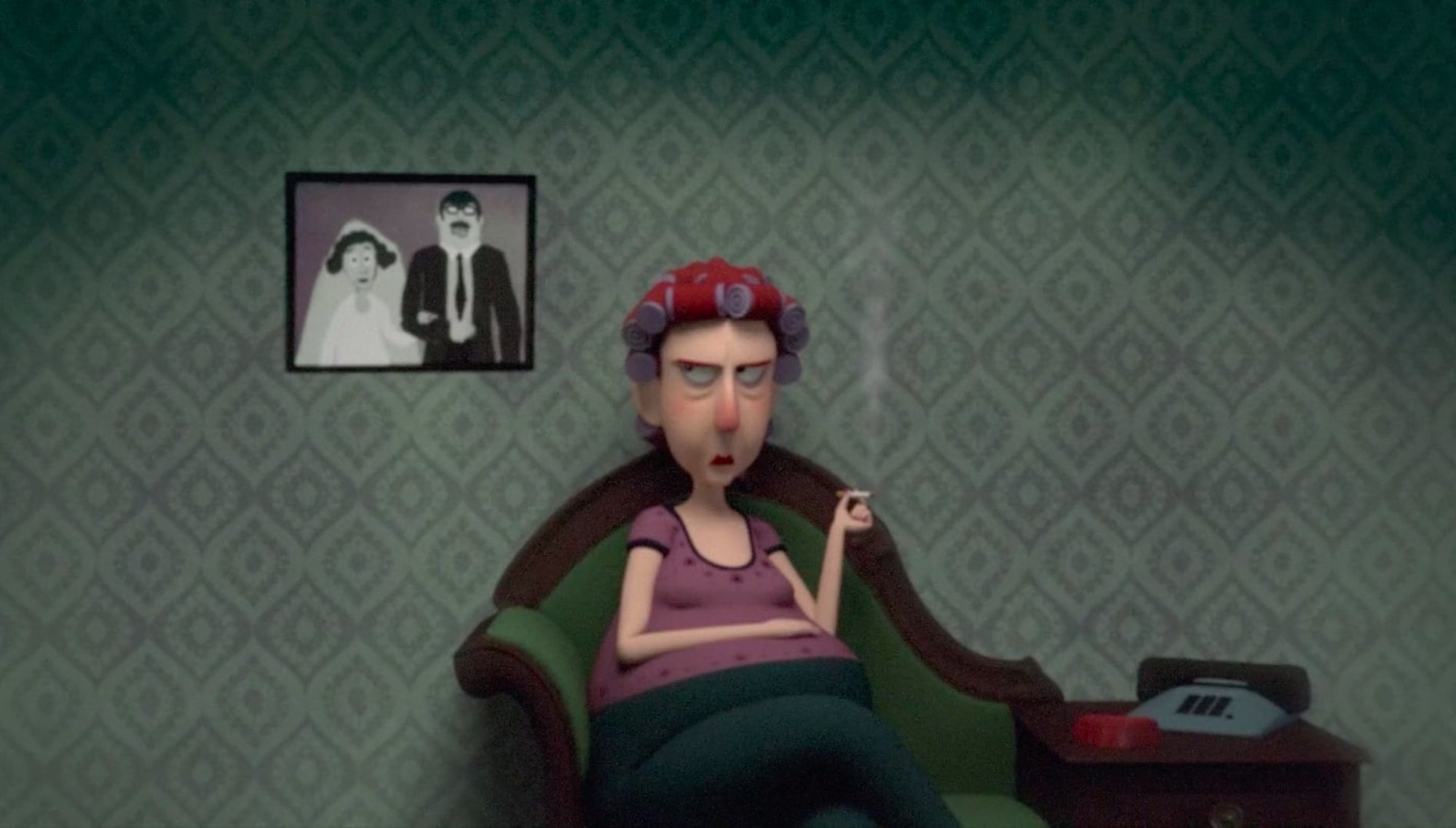 The song by Elly Vilhjálms has no words. Tell me about this choice of song!

This is a classic Icelandic song. It was commissioned for a documentary from the 60s about Icelandic life in the countryside and the daily life of farmers. It’s called Sveitin Milli Sanda which means the “country between the sands”. I chose this song because you have one syllable that is being sung the entire time. The singer just evokes so many emotions and sublime truths that you just can’t put your finger on every time you listen to it.

If you can articulate what the film wants to say completely, then there was no point in making the film.

So Yes-People was nominated for an Oscar. How did that feel?

Hugely validating. I have a very good system for managing my expectations, so every time I’m selected for anything I’m surprised. I find it mentally healthier not to expect anything, so I’m surprised. This has to be the biggest honour I have ever received. I just wanted to make a film. When I got into Annecy and Palm Springs, it was already amazing. I didn’t think that I would get past the shortlist, but here I am and I’m very happy with it.

What are you working on next?

I have several ideas actually. I’m quite a prolific writer and have a couple of film ideas, a TV show and a book in fact. I’m going to see if any of those land because I have written quite a lot. I might even be tempted to flirt with live action at some stage. At the moment, I’m just in the Oscar storm but it feels like there’s more interest in my ideas, so that’s great!

Yes-People is one of the many great projects shared with the Directors Notes Programmers through our submissions process. If you’d like to join them submit your film.