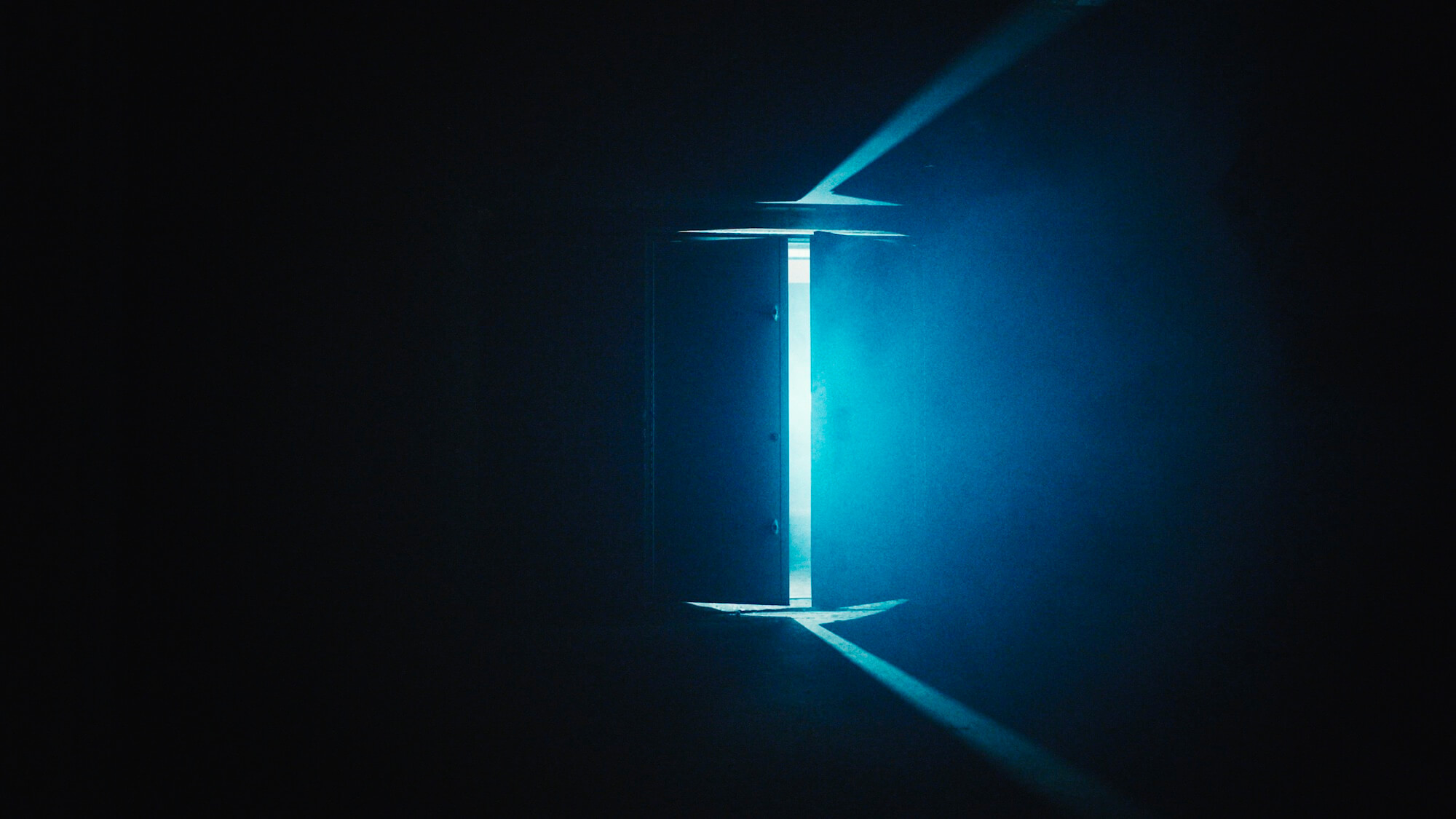 The power of Sam Davis and Tom Andrew’s audiovisual film VOID – One Year Of Silence (made to support and raise funds for the mental health charity CALM) is in the universality of its themes. Whilst Davis and Andrew’s film focuses specifically on the emptiness of club spaces, it captures our overriding sense of longing for togetherness in group spaces. That’s not to say this isn’t a love letter to club culture. The directing duo’s strong affection for the scene comes across in their cinematic visuals which are accompanied by a frenetic electronic score from Daniel Avery that, together, harness what makes this scene truly special. DN caught up with the co-directors for a chat about how their project came to be, their collaboration with Daniel Avery, and the sense of longing and loneliness they wanted to capture.

VOID is a project connected to what is going on in the world at the present moment, how did it come to be?

VOID was a concept born amid the past twelve months, while time stood still. We wanted to represent this feeling of paralysis that had integrated itself into our lives. We were drawn towards the distance we were feeling from the alchemy and escapism of the dance floor. Clubs, currently empty, contain an atmosphere that’s searching for the love and togetherness they once held, while also carrying a restrained potential to create the same again… We wanted to capture this while bringing an honest vision of the present suspended between these two worlds.

Given the restrictions surrounding film productions, how long did it take to complete?

Actual production time was around seven months on and off. The process of contacting clubs was a tricky one as they were all pretty much closed. We are incredibly grateful to Pixipixel who believed in the project early on and were able to help us with really good kit even with our ridiculous, ever-changing schedule.

We were drawn towards the distance we were feeling from the alchemy and escapism of the dance floor.

I think it’s important to mention that this project was a complete labour of love from everyone involved. We are incredibly overwhelmed by the support we received from the crew, especially Producer Ben Nash, Daniel Avery, and DoP Yannick Hausler who all grafted from beginning till end.

Did you plan heavily for the shots you wanted to obtain or were they crafted when you were physically in the space?

A bit of both. We would have a set shoot formula that we’d shoot at each club, adapting with each space we entered. We’d start with an ‘approach shot’ where we can see the flickering of a strobe coming through a door or window, bringing the awareness of something happening that we can’t yet see. Then we’d capture shots which show the room as a wide open and empty space. This was where we could explore the idea of the smoke having a presence that connects with people dancing in their homes… the cloud they had once been dancing in. We then would look to film textural details of the clubs – those flashes of memories you have from a night out.

On a thematic level, what was it about club atmosphere that you were looking to capture?

It was important to us that this was a reflective film that evokes individual thought. We wanted the viewer to sit with imagery and decide how the film felt to them, to raise awareness for the toll this situation is having on mental health.

Some of my favourite responses to the film were from people who weren’t familiar at all with the club scene but were left really moved. The film seems to have allowed them to reflect on the past year and work out what their void was. I think the fact that this is a purely audio-visual film allows space for that.

What kind of connection do both of you have to the space and clubbing in general?

Tom Andrew: I’d been to a few of the clubs, so standing in them and sometimes in exactly the same spot where I’d danced for hours was very poignant. It was important for us to bring that feeling of utter stillness into the film, after knowing how the spaces felt when they were going off. The feeling of an empty Corsica Studios really stood out, as the atmosphere in that place has always been really apparent due to its size. They create something special in there.

We wanted the viewer to sit with imagery and decide how the film felt to them.

Sam Davis: Yeah, we spoke a lot about going back to particular clubs when everything is back open again. There are some really special, hidden away places across the country that need looking after. 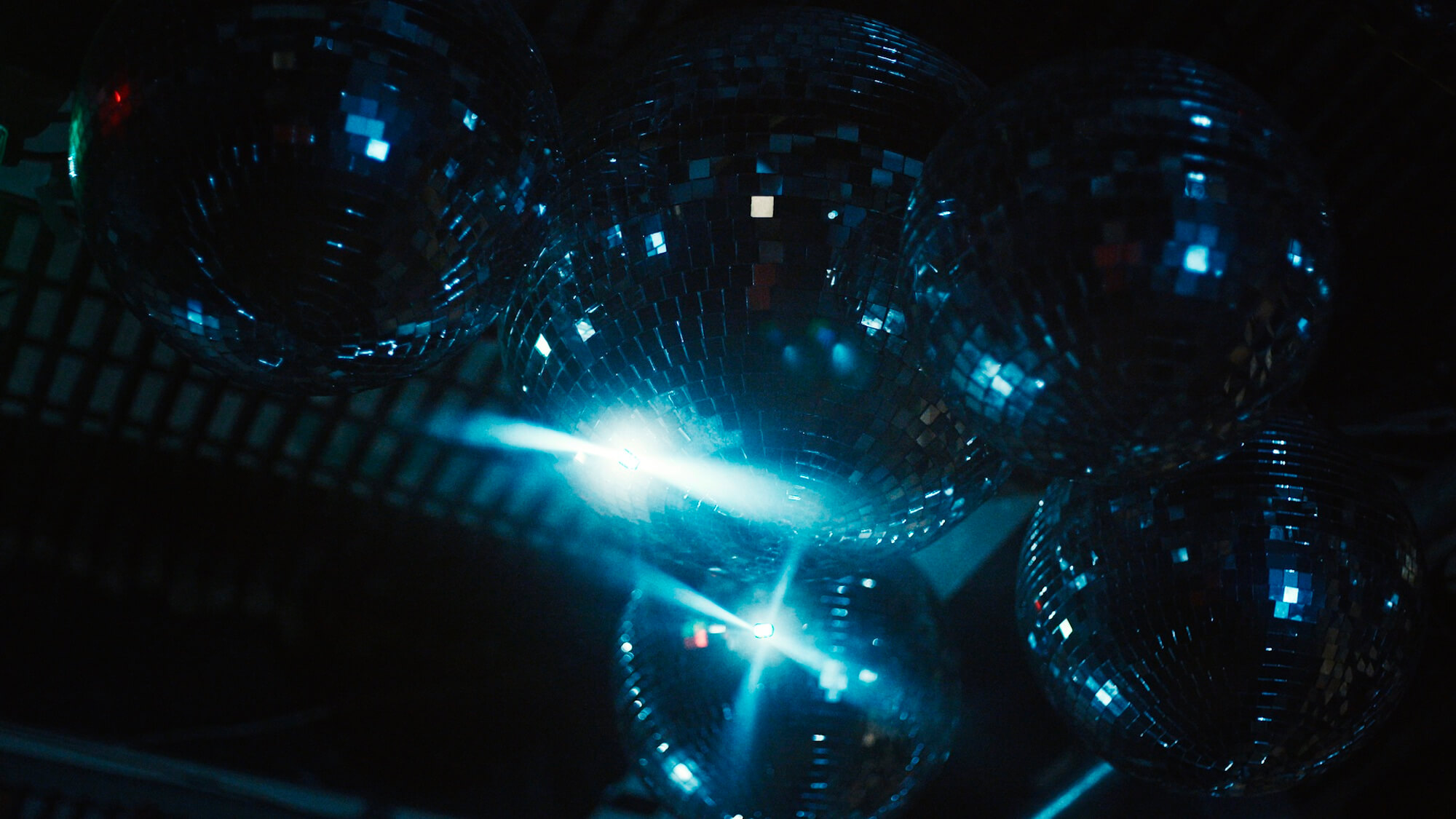 I have to ask about Daniel Avery’s involvement, how was it working with him?

Daniel Avery’s involvement is an integral part of the message the film conveys. He had made the basis of the soundtrack before we started filming, so we could really integrate our approach with the emotion of the music. We were so pleased he was on board with the film from the beginning. We tried to make the film with an equal progression of how Daniel interpreted our visuals, as well as us reacting to what he made, to make the whole experience of watching it as immersive as possible.

And finally, what do you both have in the pipeline right now?

We’re both pitching on a couple of music videos at the moment. We’re also both collaborating again on Daniel Avery’s live show at the end of May.

If you’d like to support CALM and the work they do combating mental health issues, you can donate via the VOID x CALM JustGiving page.

VOID – One Year Of Silence is one of the many great projects shared with the Directors Notes Programmers through our submissions process. If you’d like to join them submit your film.