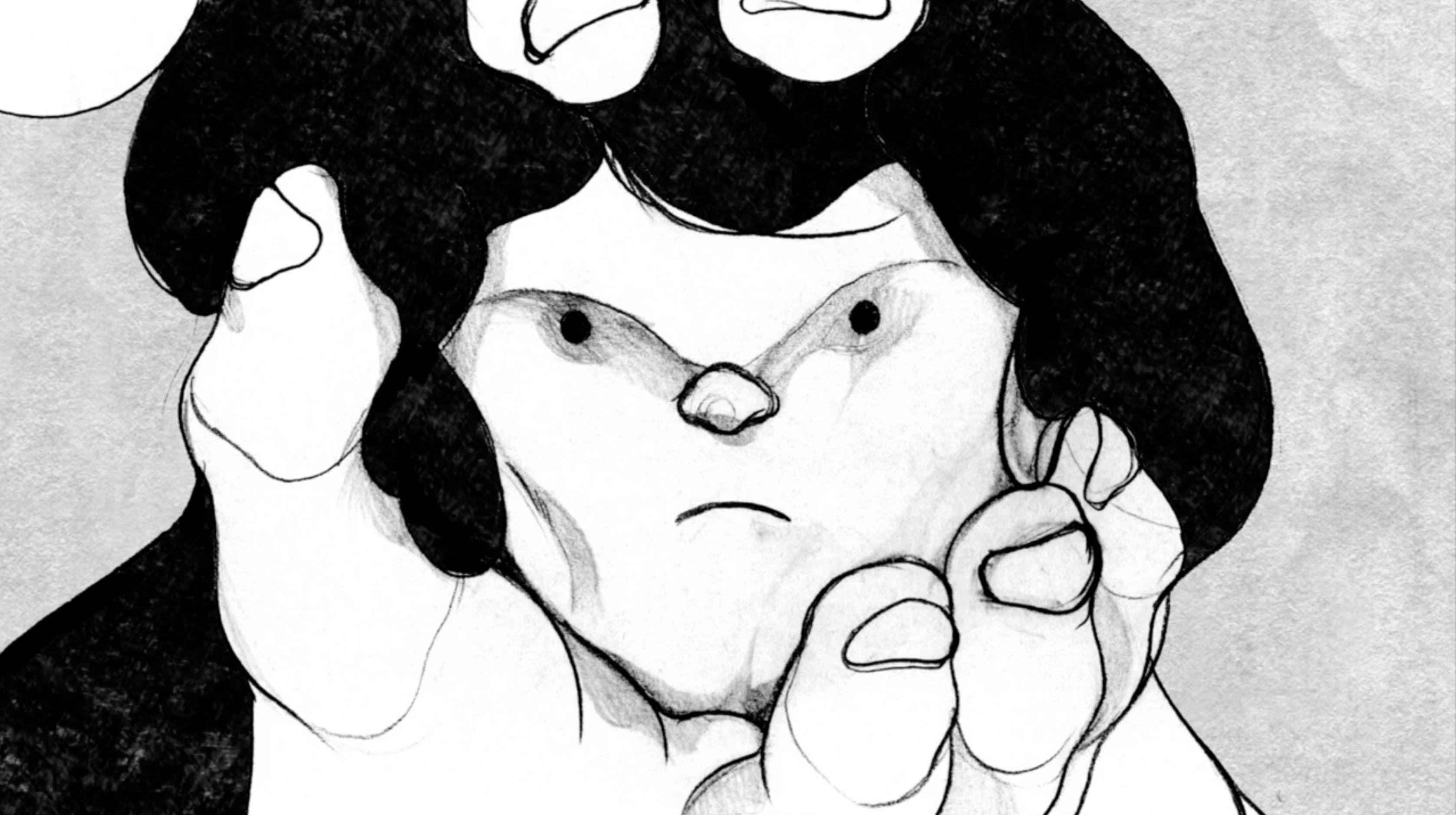 The highest form of art evokes emotions that defy explanation. And with her unsparing animation SAN, director Jin Woo puts the viewer’s emotions centre stage, urging them to experience her film with both the head and the heart. Dialogue-free, the poignant story follows Daughter, who is forced to consume mouthfuls of darkness and to offer parts of her body to her greedy visitor, until one day she has nothing left to give. Hand-drawn using ink and pencil on paper, and with an ominous, otherworldly sound design, the 6-minute animation depicts trauma and self-sacrifice but keeps the lines too smeared to define or pinpoint, crafting an ambiguity that calls for introspection and personal interpretation. DN is proud to present the premiere of SAN and chat with Woo about her inspiration and process.

What inspired you to make SAN?

SAN delivers a certain feeling which we can have in a relationship between very close people like family or partners. When the story came up in my head, I wanted to face the feeling I have for my family.

Talk me through your creative process and how you went about translating such a conceptual piece visually?

I am very interested in the dynamics of the human body, and I think animation is the best way to implement all the movements I want to show. By repeatedly showing the process of collapsing and dismantling a body, I want to make the audience feel that the situation is heightened and make them find the meaning inside of the scenes. I believe that people can read the theme of the work more clearly when they see something unfamiliar or uncomfortable repeatedly.

From a technical point of view, did this film differ from your previous animations?

Not really. I’m always drawing on paper so I did the same thing for making SAN too. Only I used the digital cutout for the walking movement of APPA, but there was no need for different techniques than previous works. I always use After Effects for the final editing of the films, so I also used the same program for making the movements of APPA. 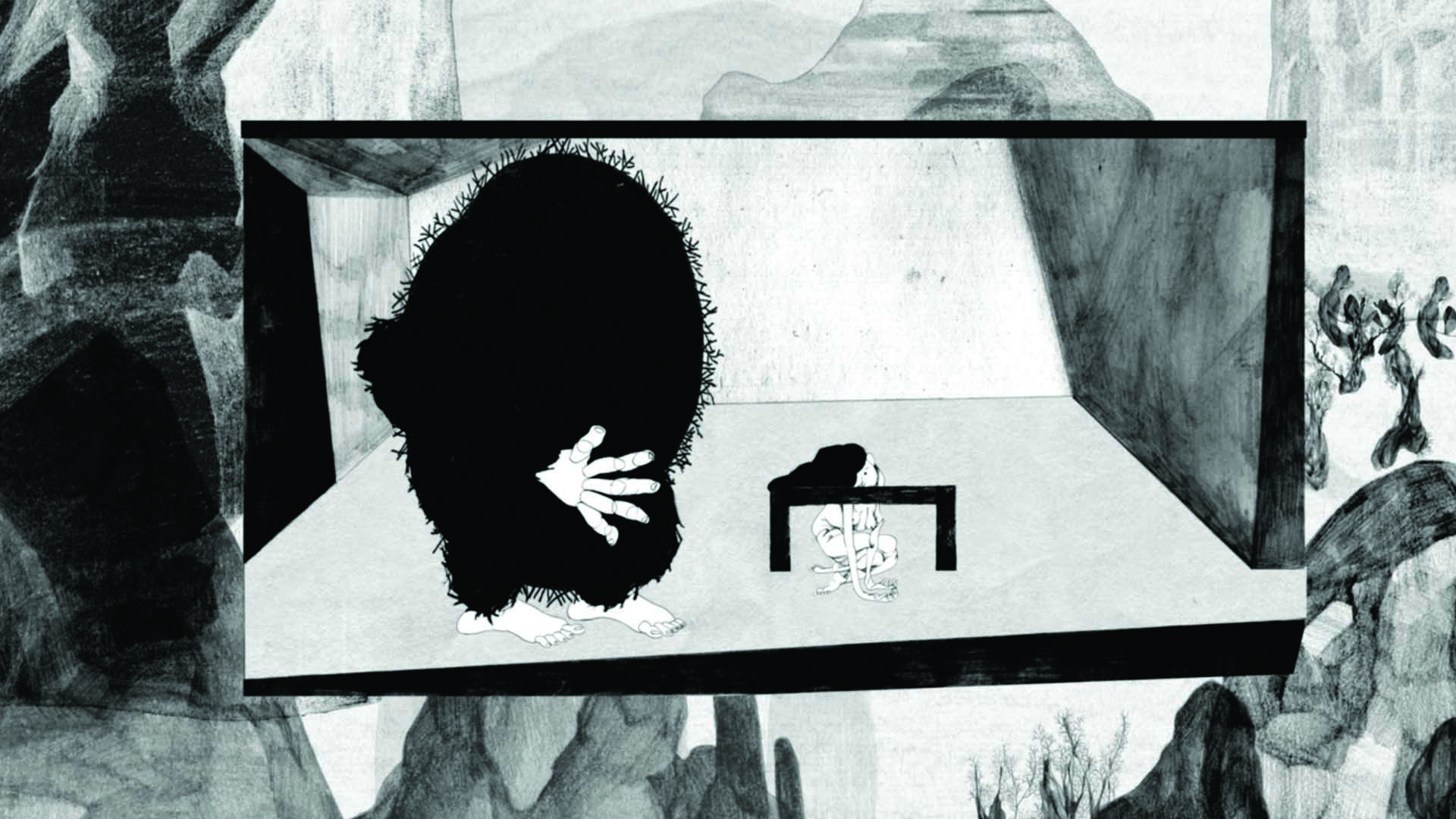 Good sound design is meant to be paired so perfectly with the visuals that it goes unnoticed. However in SAN, the sound design plays a prominent, even overbearing role. Why was this important to you and how did you and Yoonseok Oh work together to achieve this organic, yet otherworldly and eerie sound?

One of the exciting parts about making animation is that I can create sounds for the whole universe of a film. I can create not only an ambience sound, but also small things like the sound of a stone rolling, in completely my own way. Since sound design has a very important role in bringing imaginative images to reality, I tried to record the right foley sounds to fit the bizarre images. I plan what sounds to use for the scenes when I start drawing. After I finished all the drawings, I went to the mountains, fields, and garbage dumps to collect ingredients for sound recording.

Yoonseok Oh helped me to record the right sounds from the stuff I collected. Sound recording and mastering sessions usually go very smoothly. I’m very specific about my sound and Yoonseok Oh knows how to make my film sound the way I want.

I went to the mountains, fields, and garbage dumps to collect ingredients for sound recording.

Every time I watch SAN, I think it’s about something different and it feels like the animation evolves organically along with my mood and state of mind. Was this ambiguity deliberate or was there a specific message or emotion that you wanted to convey to the audience?

I didn’t try to convey an accurate message or emotion to the audience. Just as we don’t have only one emotion in a relationship, I made the scenes thinking that it would be nice to give a feeling different depending on the person and condition we see. Yes, it was my goal to make you feel like the animation evolves organically along with you. 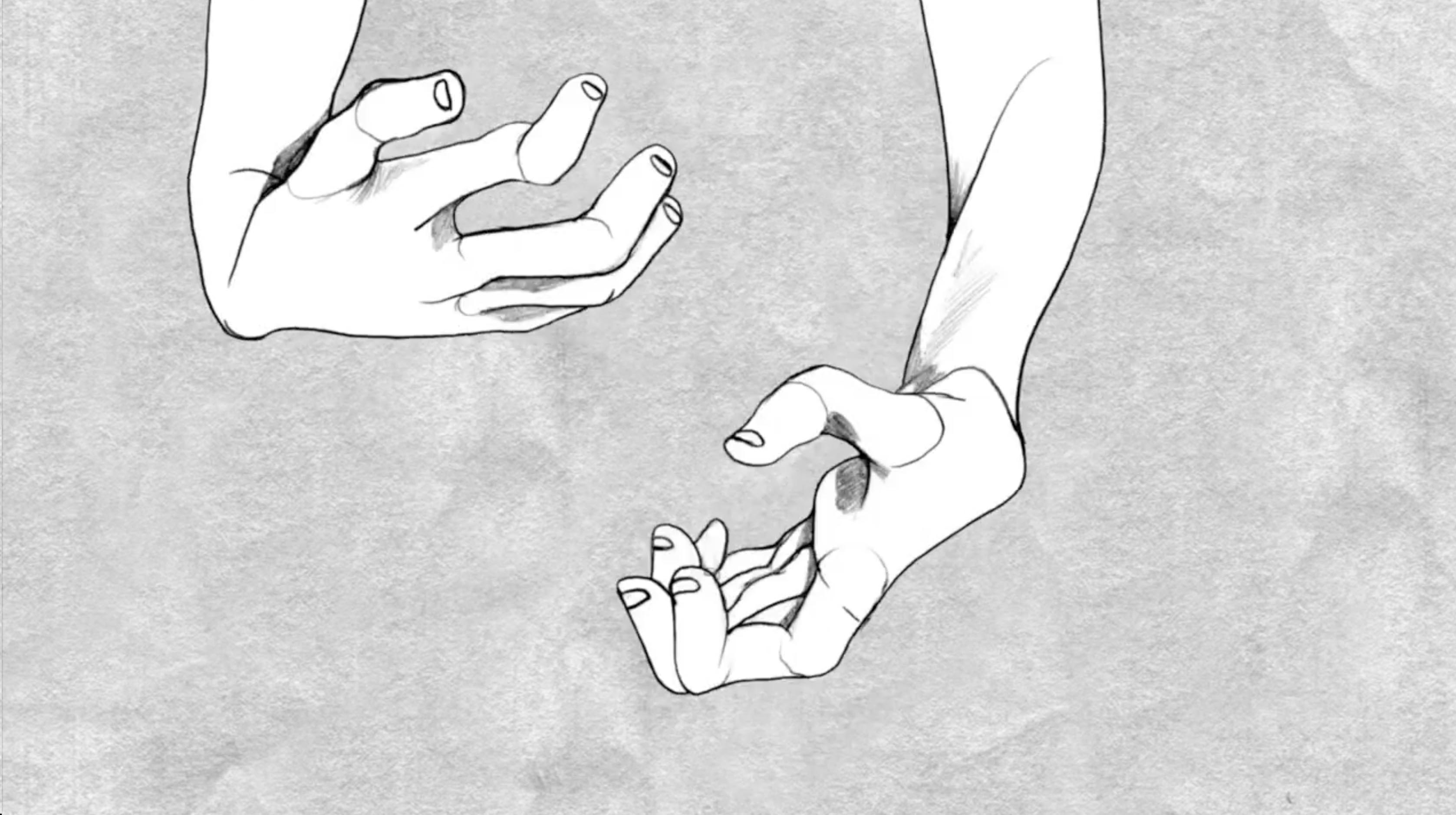 You wrote, directed and animated the entire film yourself. It must’ve been an extremely demanding project both physically and emotionally. How did you feel when it was finally finished and ready to share with the world?

Agh, Yes. Making animation is hard and requires a lot of patience. But it also gives you a lot of joy after you finish some scene and see the result and so on. So when I finished SAN, I was so happy that everything was moving the way I wanted to. But of course, when the moment came to show SAN to the audience, I was really nervous. I know that people can have completely different opinions. Even though I tried to assume what kind of impressions the audience will get of what I made, some people can take the message in a totally different way.

It was my goal to make you feel like the animation evolves organically along with you.

Are you happy with the final result or is there anything that you’d like to have done differently?

Well, I’m happy that I finished my film, but I don’t think I will ever be satisfied with my films. It is not because I didn’t do something enough or wanted to do it differently. It’s because I always think that I could’ve made it bolder. Like, I could make that movement harder, or put more grotesque scenes. But since I self-censored severely sometimes when I was making it, I cut some parts which I felt “that might be too much”. So every time I finish my film, when I no longer feel the need to self-censor my work, I see parts which I could have pushed harder. 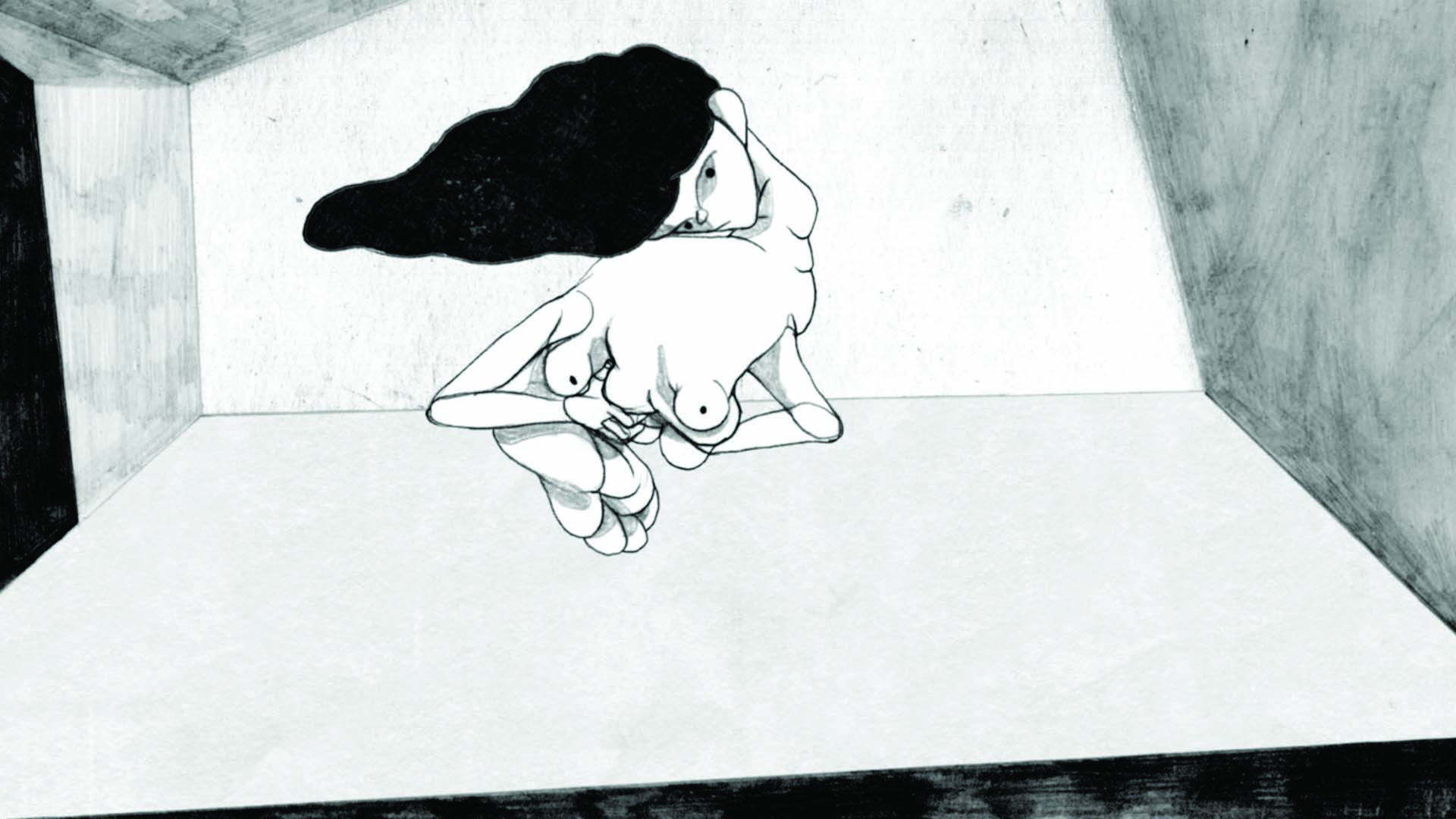 What are you working on next?

I’m working on Korean folk beliefs and Gods. The ancient Gods of Korea have a very unique birth background and narrative, and if you put their stories into modern society, you can get some very interesting advice. I’m making a short animated film with the story twisted and reinterpreted from Korean folk tales and mythology. Sadly, much of the materials have been lost during the Japanese colonial era, so collecting data is not easy. But working with it would be very satisfying and fun. This film will be finished and released later this year, and if possible, I would like to create a series of animations based on this work.

Directors Notes is honoured to present the premiere of SAN on our pages today. If you would like to join the filmmakers sporting a fetching DN Premiere Laurel, submit your film now.